It’s Time To Break the Chains of Victimhood

Not many things get my blood pressure up like racial issues. If you have ever read my posts on social media, you know where I stand in regards to victimhood based on skin color (screams internally). This article looks to address some of the myths commonly associated with this idea of racial oppression and what I think needs to be done to move into a truly post-racial society.

If you have been paying attention, you know that our good friend Jussie Smollet has been in the news a lot lately, which yet again places skin color and supposed racial oppression at the forefront of the national conversation. Clearly, the evidence is decidedly against him and the abrupt dismissal of his sixteen felony charges is highly suspicious. Yet, he continues to maintain his innocence against all odds. Regardless of the outcome here, one would think that the racial element of the story could at least be dismissed given that we know that the brothers who supposedly attacked Smollett are Nigerian. But if you thought that revelation would vanquish the race hustler narratives of skin-toned victimhood, you are sadly mistaken.

What is so interesting about this case and the general attitude of the public is the ease and willingness of many people to blindly leap onto an idea that the United States is horribly, horribly racist and that this racism is pervasive throughout the whole of society. There is no questioning it. There is no skepticism. It is merely accepted as status quo that a scenario where a couple of Trump supporters stalk a Black man at 2 a.m. in Chicago, beat him up, pour bleach on him, and throw a noose around his neck is not only believable, but is somehow commonplace. And worse, now that this Smollett case has clearly turned out to be a hoax, they still refuse to back down from that initial wave of confirmation bias. “These things still happen though” is the common refrain. How? To Whom? When? Where?

Everywhere? I live in Southeastern Ohio, 2 hours south of Columbus and 2 hours east of Cincinnati, where all of the counties are red except for Athens (thanks to Ohio University. You do the math). This is quite literally MAGA Country as Mr. Smollett claimed his attackers had shouted about Chicago. Where I live, blue voters are few and far between. Trump flags, bumper stickers, signs, hats, shirts, you see it everywhere. This is, of course, anecdotal evidence, but if the theory that Trump has stoked racial tensions and that his supporters are emboldened by his supposed white nationalist views and outspoken racism, then shouldn’t where I live in Southeastern Ohio be a hotspot for anti-minority activity? Now clearly one’s own personal experience is not compelling evidence for the whole, but if the racism theory is true, it is difficult to believe that Scioto County wouldn’t be one of the most dangerous places for a Black person to live. But let me tell you, I wouldn’t want to live anywhere else. I love my MAGA country and the people who live here.

“But, Leonydus, what about the historic oppression of people of color, the incarceration rates and unfair justice practices, police brutality, the wealth disparities and housing discrimination, higher levels of poverty, etc.” Well, to answer that, the first thing I want to do is address the idea of living in the past. It is indisputable that terrible things happened in the past to Black people. But, there is a very important distinction to make. The people who lived through the horrors of slavery and the blatant racism of the early 20th century are not you and you have absolutely no claim to their suffering. It is actually pretty despicable to attempt to profit off the suffering of someone else, ancestor or not. You were never a slave and you don’t deserve any kind of recognition or accolades for descending from someone who was (that is, if you aren’t, in fact, descended from one of the Black slave-owners, which is very possible. Gasp). It seems harsh, but that’s life. Could you image someone claiming that their failures in life were due to the misfortunes of their grandmother or great-grandmother? It’s absurd. I repeat it again. You have absolutely no claim to the suffering of somebody else.

So then what about the present? It is an interesting thing, but for some reason people have a really difficult time accepting the fact that people who grow up in different places, have different environmental and cultural influences, and different values and belief systems might end up having different outcomes than another group. This is clearly seen in Asian-Americans who have risen to the top of the average income charts, out-earning all other ethnic groups, including White people. This is also seen in certain immigrant groups, like Nigerians (except for two very conspicuous gentlemen but I digress) who excel well beyond Blacks and Latinos and all immigrant groups. Is that Asian privilege? Or immigrant privilege? Or is it a difference in how Asian-Americans and Nigerian immigrants are raised and what they tend to value? The left understands this at a basic level. You can see it in their calls for “racial diversity.” What would be the point of racial diversity if racial groups were all exactly the same? So, clearly they see that there are group disparities that are NOT related to bias or oppression. They miss the mark though on attributing these disparities to race, when race is merely a correlation and not a causation. Culture, environment, values, beliefs, world-view, all of these shape communities and it has more to do with the community itself than it does with the skin color of its inhabitants. (This is why someone like Eminem seems “ghetto”). So, if it is true that environmental influences can help form significant differences in how people think and view the world, then why is it such a stretch to suggest that these differences could also contribute to disparities in outcomes?

The great Thomas Sowell addresses much of this in several of his books and interviews. The basic idea is that there are many, many variables that contribute to group disparities and simply chalking it up to race and skin color is irresponsible and just plain bad science. For example, the median age of White people was 42.9 in 2013 and for Black people, it was 33.3. That’s almost a full 10 years. And what kind of things does age affect? Well, younger people tend to commit more crime and younger people tend to have both less incomes and less wealth than older people. So, that one, singular, variable can help to at least partially explain crime rate gaps and income and wealth gaps. And that’s only 1 variable. How about single-motherhood? We know single-motherhood correlates strongly with poverty so it follows that higher rates of single-motherhood within a group will likely see a higher rate of poverty. The percentage of White single-mothers is 25% and the percentage of Black single-mothers is 73% (Asian-Americans fall in at 17%, by the way). Black single-mothers clock in a full 48 percentage points higher than White single-mothers. Wouldn’t that have some affect on poverty disparities between groups? The answer is, yes.

Along with the misrepresentation of statistical disparities, some of it is just outright lies. The idea that police officers are out gunning down Black people is not even supported by the statistics that are available (nor by common sense). In 2017, 223 Black suspects were killed by police (0.0006% of total population), 459 white people were killed (0.0001% of total population). Black suspects were 6x more likely to be killed than White suspects. Al Sharpton and Jessie Jackson look at a statistic like that and say, “Racism!” I say, not so fast. Look what happens if you control for crime rate. That same year, 618,173 Black people were arrested for violent crime and 1,076,155 White people were arrested for violent crime. That means, among violent crime suspects, 0.037% of black suspects were killed while 0.043% of white suspects were killed. Not only does the disparity disappear when you account for crime rate, which is significantly higher for Black people, but White suspects are slightly more likely to be killed than Black suspects (although, clearly, the police rarely kill anybody of any race). Myth busted.

The overall point is that you must look at the myriad of variables that are present, you must understand that correlation does not imply causation, and you have to recognize that groups of individuals who grow up in one type of environment are not going to be the same as a group of individuals who grow up in a different type of environment. And that has nothing to do with skin color. That’s Psychology 101. We have to let go of this idea that being a minority is some kind of a handicap and that the “evil White man” is out to get us. It is long past due that we shake off the chains of victimhood and begin to take responsibility for ourselves as individuals. Candace Owens likes to say, “I am a victor, not a victim” and I love that. You choose who are going to be and you can either choose to excel as a victor or you can choose to wallow as a victim. I choose the former. I have begun to teach my children that skin color is just another trait of the many incredible variations that exist on God’s color palette. It is no more consequential to our identity than our hair color or eye color. It is part of you, certainly, and helps make up who you are with the rest of your unique features. But, it does not define you. The sooner we realize that as a nation, the sooner we can move into a truly post-racial society and cherish each other as individuals, not the group they belong to, as brothers and sisters, not the “others”, as people who love their country… as fellow Americans. I pray for that day and I hope you do as well. God bless America. And God bless you. 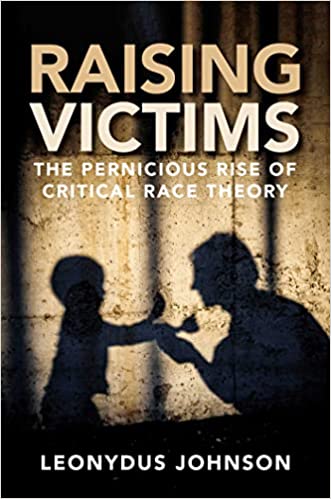